Well, as we begin our training yet again for another season, I wonder what successes our dogs will bring this year following last season’s achievements. Here are their highlights!

In spite of a last minute class change from the 6 to the 8 dog class, and a trail of mostly mud, John secured the Bronze medal at the IFSS World Dryland Championships in Italy, November 2013,

The SDAS CSJ Championship series that ran from October through till March, saw our kennel winning 3 championships, taking golds, in the 8 dog rig, 6 dog rig and the 1 dog scooter, and also bronze in the 4 dog rig class.

John travelled all ends of the UK chasing the BSHRA Championship series in the 6 dog class, completing 12 races out of the possible 15 races in the series, between November and February but was unable to complete the last 3 races due to clashes with international races. John’s overall points gave our kennel the Bronze medal in the 6 dog class.

Also in February we travelled to Kandersteg, Switzerland, to represent Scotland competing on snow at the WSA World Championships.

With no time for any on-snow training prior, we both competed in the 3 days of racing over an extremely technical trail, through the town, over and under bridges, across roads, and up into the forest at the foot of the mountain. Mary completing the 40km over the 3 days with 6 dogs, and by day 3, knocking a minute and a half off my day 1 time, and finishing as the highest placed out of the 4 Scottish 6-dog teams. John proudly completed 48km over the 3 days, with our B team, of ‘refugees’ and ‘OAP’s’ and knocked nearly 2 minutes off his day 1 time too.

We were then straight back to the UK, for the CSJ sponsored BSSF National Championship and IFSS World Cup event at Kings Forest, Thetford, February 2014, which John was co organiser. Mary took both teams and took 2 Golds and become the UK National Champions in both the 8 dog and 4 dog class.

Our Kennel also had big success in the The IFSS World Cup, Mary becoming the World Cup Winner of the 8 dog class and also taking 3rd place in the IFSS World cup in the 4 dog class.

Massive thanks to CSJ for all their invaluable support and superior canine nutrition that allow our dogs to fulfil their amazing potential yet again. 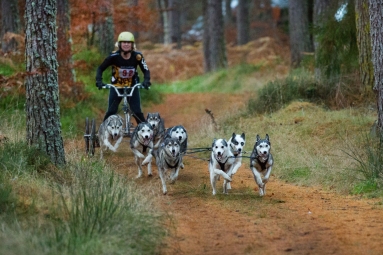 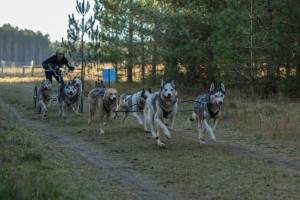 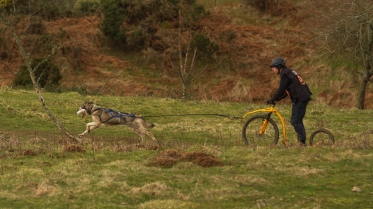 What a brilliant year! Congratulations John and Mary Carter on your amazing wins. CSJ Team