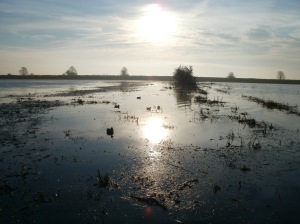 Ely & District Wildfowler’s Association (EDWA) are pleased to announce their recent purchase of the President’s Wash at Welney, Norfolk with a loan from WHT (Wildlife Habit Trust).

The club has shot over President’s wash (formerly known as Shoveler wash) for over thirty years. It was owned by one of the clubs founder members Mr. Denny Harrison and, left to his family after his passing. Due to the location of the property EDWA did not think they would be able to afford the purchase. However thanks to WHT and their preferential borrowing rates the 15 acres wash has been purchased for £135,000.

David Wilcox EDWA Treasurer said Wildfowler’s do not realise the gem they have in WHT which allows clubs to borrow money at preferential interest rates enabling them to own their own properties.

Derek Robinson EDWA Hon Sec, Press & PR Officer said. EDWA has come along way since I joined nearly 30 years ago. Then the club only owned one wash at Mepal and rented all its other shooting land. However thanks to continued support from WHT, EDWA now own most of what it shoots over, only renting a handful of property.

For further information about EDWA and the annual Gundog Test go to www.elywildfowlers.org.uk