As promised I want to update you on my dog’s wellbeing.

He is now on Little Champ with a flavouring of natural yoghurt.. ( No sugar)

And would you believe it, no lameness and perfect bowel movements.

To cap it all, he’s a happier individual and we’ve introduced a training programme with a well respected local lady. He sits for treats (proper training foods), he stays on command and he is much more assured in himself.

You did this for us, I have had Tibetan mastiff’s amongst other giant breeds over my lifetime but a C.Otvcharka is a dog that needs a firm hand. And he’s taken to the training beautifully, he’s highly intelligent and will exhibit this trait with gentle, fun filled training. He also loves the company of other dogs no matter their size.

Currently he stands 28″ at the withers, he weighs 51kg’s as of today and he has a minimum of 2-3 years growth as with many giant breeds.

But the diet you recommended is absolutely perfect, thank you. 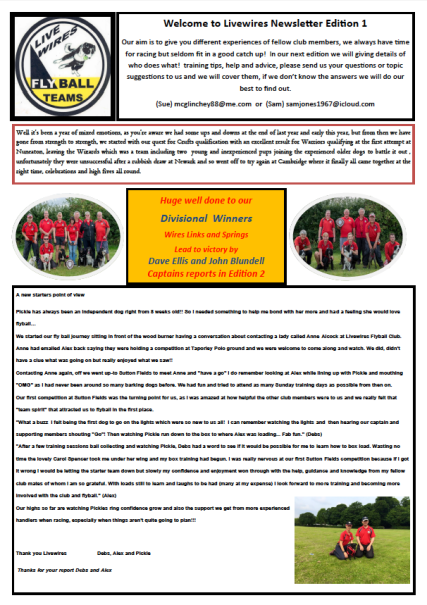 Have you seen the new edition of Livewires‘ newsletter? You can read it in full here: Livewires Newsletter – Edition 1b

By Mark Laker
Well that’s Gillingham Championship agility show over for another year and for me this marks the end of the competition season. There are a few other shows around, however most of the KC Championships shows have been run, points for Crufts Singles have been decided, Olympia semi-finalists are known and most of the other prestige events are finished of the year.
The season has flown past. We’ve competed in many lovely venues from Scotland to the South East and across to Wales and many locations in between. Getting to travel around the country is one of the interesting parts of being part of a national sport.
My agility focus this year has been on my performance with my current competition dog Devo, my very handsome youngster Moog (see picture below), and supporting Karen & Rhyme who have just won up to grade 7. I’ll be spending some time over the next few weeks reflecting on our performance to start developing my winter training plans and the lead up to Olympia in December. For now though Devo will be taking a well-earned rest until after the World Championships. This has course been my other area of focus this years.
Final preparations for the FCI Agility World Championships in Italy next month are my main priority now. The Team has their second carpet training day in a couple of weeks which will be the last official team training before we go. Their focus is on maintaining dog & handler health and fitness, some light training and their own individual preparations. Its a crucial time as we get closer to this big event.

Next months blog will be focused on the World Championships. 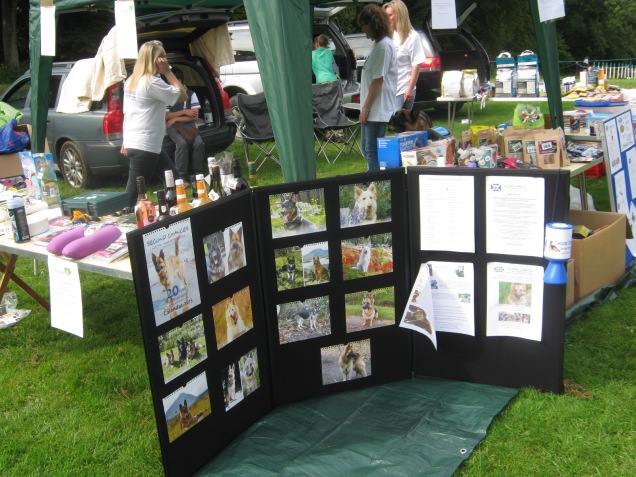 Just a note to say thank you so much for your kind donations for our stall.
We were thrilled to raise £558.82 for Second Chances on the day, thanks to the generosity of companies such as CSJ.

Out autumn newsletter is due out within the next few months and there will be a piece about our day in it, including a thank you to everyone who supported us.

Many thanks again, we could not have raised this money without your help.