Sweep the sheepdog will be visiting Longdown Activity Farm with his owner Terena Plowright on 8th May to demonstrate his incredible herding skills with the help of friendly geese Yogi, Gaylan, Shipley and Rosie.

Wocki the sheepdog will also be watching Sweep skilfully navigate the geese around a series of obstacles.

The audience will be able to learn the different commands which have been used by generations of shepherds across the country, and can even have a go at saying them to see if Sweep will listen. Sweep will certainly be smiling as he demonstrates what he loves doing best in the world.

She has recently appeared on BBC’s Countryfile as a founder member of SheepWatch UK, which is an organisation working with farmers and dog owners to reduce the number of dog attacks on sheep.

Terena says of Sweep: “He is 3 years old and has been working for the last 2 years so is still very young. He tries very hard and is absolutely brilliant but people should watch his back legs when he is told to ‘lie down’ as he sometimes cheekily creeps forwards, which the children love to see. He is the kindest chap you will ever meet and very handsome!  At home, Sweep works the geese, the sheep, tries to work the chickens, and has also attempted to work the cats, but got a swift bash on the nose for his trouble! Sweep would rather work that do anything else so he will be very happy demonstrating his skills at Longdown Activity Farm.”

Come and see Sweep, Terena, and retired sheepdog Wocki, who loves to meet the children and be stroked all day long, on Sunday 8th May at Longdown Activity Farm (no extra charge). The usual full schedule of hands-on activities will take place all day.

Sweep will be at the Rural Seaside Show at Southsea over the  early May Bank Holiday which attracts between 10-20,000 people, where he will demonstrate his skills herding the geese to about 15,000 people. He will appear with me who will be available to answer questions about the working dog and also questions about the four active cheeky geese.

The show is getting nearer again and we have enlarged the dog activity area this year offering have-a-go agility, flyball, pet health check (by vets), pet grooming and care advice (by trained persons), training tips, and of course as usual, the gun dogs, sheepdog demos, etc, etc.

The Arfon Working Gundog Club held an AV Spaniel Working Test on the 3rd April 2016 at the Penrallt Shoot, Lligwy Estate, Anglesey, by kind permission of Simon and Chrissie Lees-Jones.

The Moray Firth Spaniel & Retriever Club held their Spring Test on 20th March at Lochan Dinty, Croy. We had a good day for the tests. The weather was kind to us and we had a great turn out of competitors and helpers who all help to make the day a success. Our thanks go to all of them and to the judges. Judging the spaniels were Bill Johnstone and William Calder who made good use of the ground and gave the handlers the opportunity to show what their dogs were capable of.

The Spaniel tests were generously sponsored by CSJ Specialist Canine Feeds and Tain Pottery and we are thankful to both for their continued support. Several of those who are directly involved with the club are using CSJ feeds and have been pleased with the condition of their dogs for a number of years now.

Results were as follows:

The World championship team  receiving a special presentation at Crufts

Did you venture to Crufts this year? Have you recovered yet?
It’s one of the highlights of the agility calendar for me. I like the atmosphere, I like catching up with friends and the opportunity to watch a lot of top class agility. Every year there seems to be some ‘hot topic’ raised which can give the event negative press. However it can also bring the spot light down on an issue that probably needed looking in to. Thank fully, the negative media spot light doesn’t come down on agility too often. Mostly it’s great promotion of the top dogs in action.
I was a competitor, a spectator and a presenter this year which made it an interesting few days
On Thursday our team (Scunthorpe) won the large team competition. It was a fantastic experience which we’ll remember for a long time. The other highlight for me was being part of a presentation for the large team who won the World Championships last year in Italy. This was a brilliant opportunity to recognise their achievement at the very top of the sport.
My focus now is on the Performance Weekend on 22 – 24 April
We have a Finnish Judge coming over for the event which will see this squad in action for the last time before we select this years teams – next months hot topic!
Find out more about Mark Laker 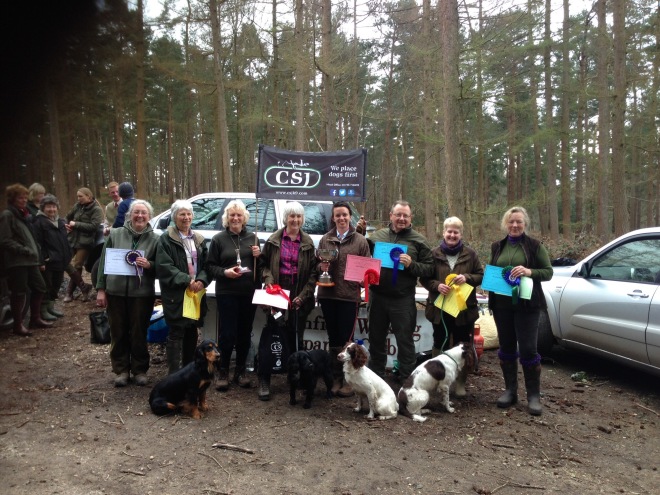 Many thanks for sponsoring us today. Great fun was had by all. Here are the winners and the results