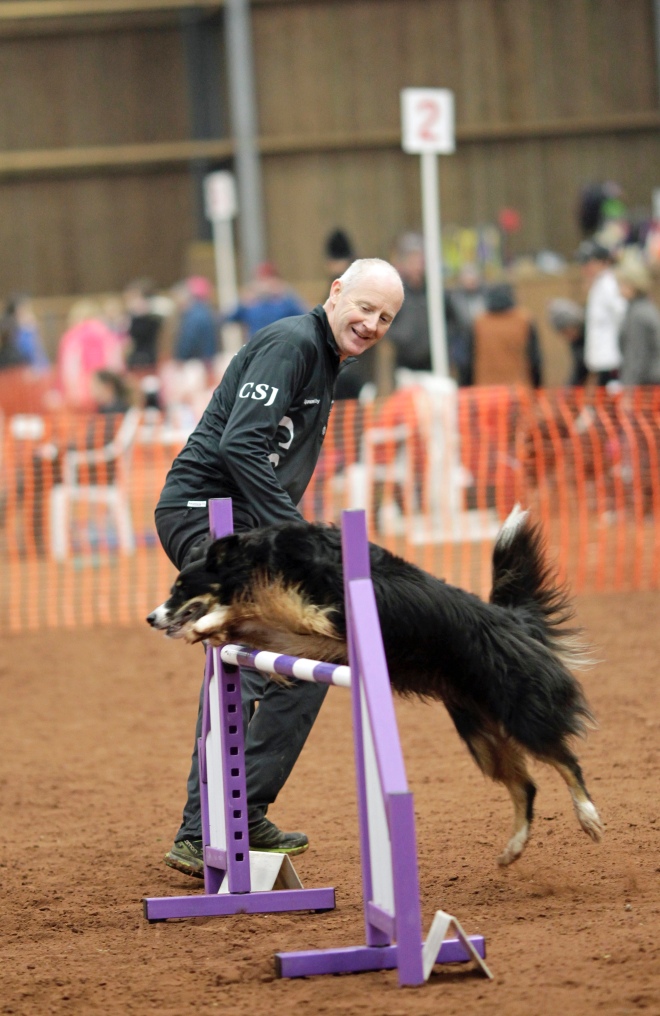 The agility produced some great runs which was even more exciting this year as the KC had invested in new carpet for the arena. This carpet was from the same manufacturer who supplied the Agility World Championships in 2012; one of the best surfaces the championships have been run on. So lots of happy people and non-slipping dogs which was nice to see and another example of how developments at the top of the sport filter down to the general community.

The agility competition season has well and truly started now

The weekend shows have started, the caravans are out and this weekend the sun shined too! My youngster Moog has had his first taste of the competition ring. It was very exciting for him. He is enthusiastic and finds all the movement very distracting, however, we did okay. We’ll be using the next three months as practice opportunities as we develop the competition partnership. It’s going to be fast and a lot of fun.

The Agility Team GB Coaching team are now focused on preparing for the Performance Weekend at the end of the month. This is the highlight of the squad process and a chance for the squad members to show us what they can do under international conditions. After this we announce the 2017 teams.