HTM Team GB has returned triumphantly from the Open European Championships 2017, held in Belgium from 25th to 27th August, victorious in both Heelwork to Music and Freestyle. 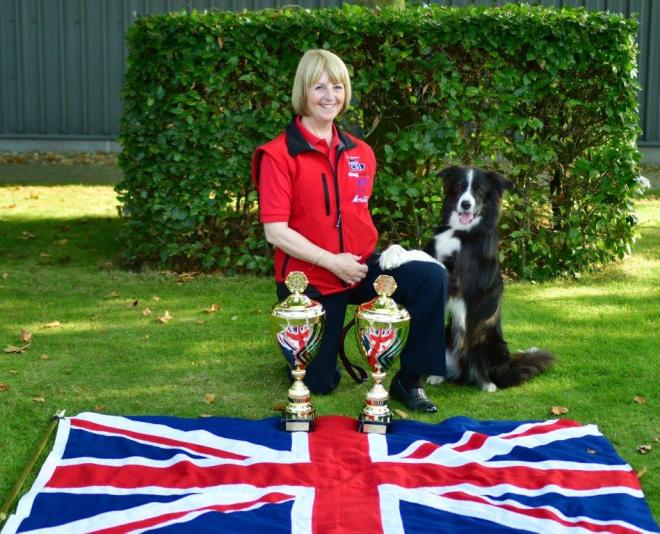 Kath Hardman, Team Manager said “This is an unprecedented achievement in the history of Open European Championships for Great Britain as Team GB not only won the Heelwork To Music Championship for a second time, but the Team also won the Freestyle Championship for the first time, to complete a first time double for Team GB.”

All four members of the Heelwork To Music Team were placed in the top twelve out of 51 competitors from 14 countries and the top three GB scores were totalled to give Team GB first place. 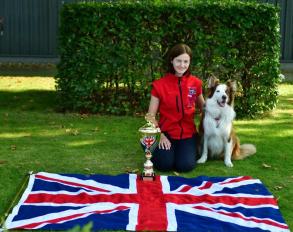 HTM Reserve, Lucy Heath from Lincolnshire with Stillmoor Winter Sun (Indie – Border Collie) was able to present her routine as a demonstration during a break at the event.

In the Freestyle Team Championship there were 54 competitors from 17 Countries and again, the top three GB scores were totalled to give Team GB first place. 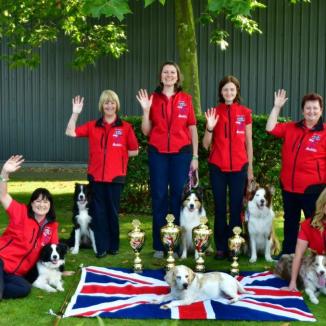 Kath Hardman said “We knew the selected team would be strong and we are extremely proud of the results in the team events and also in the individual performances. Lucy Creek with her dog Harriot Skiffle King achieved a fabulous 2nd place in Freestyle and a 3rd place in Heelwork and should be congratulated for contributing such high scores to the team results.

The team worked well together fully supporting each team member. Our grateful thanks go to the HTM community back home along with the team’s travelling supporters for their enthusiasm, fundraising and support. Our success would not have been possible without the financial support of our Major Sponsors.” 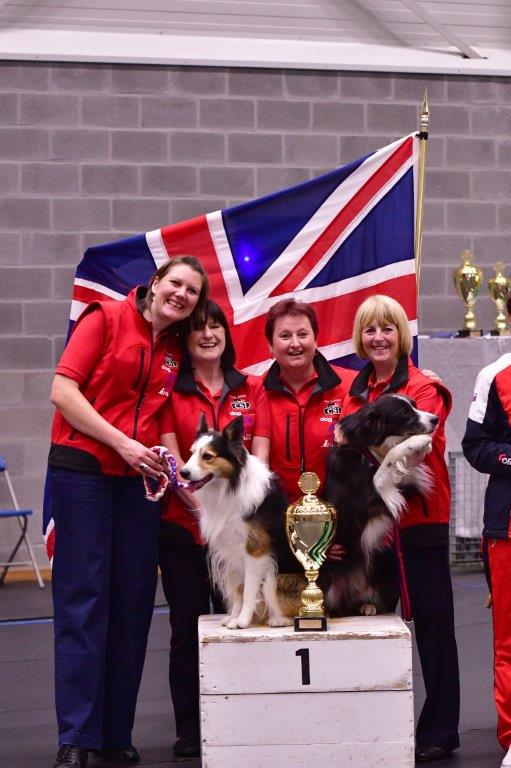