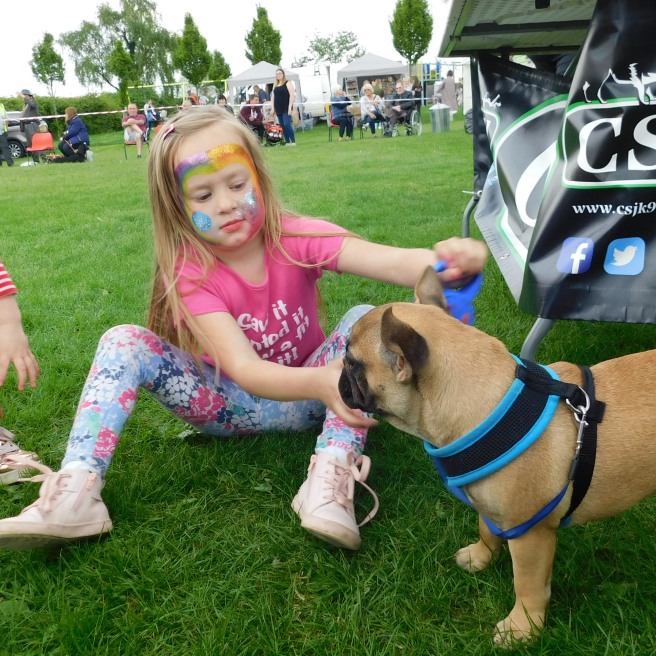 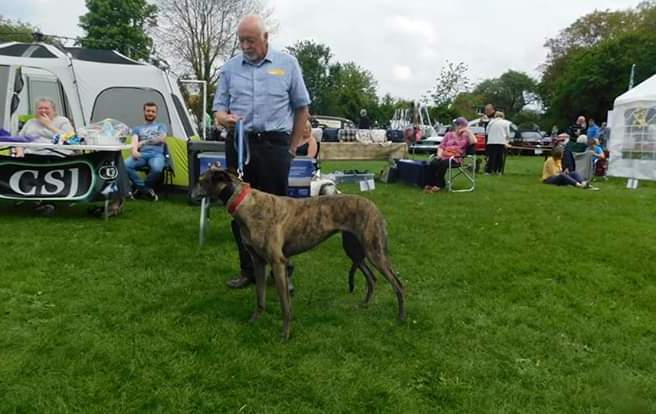 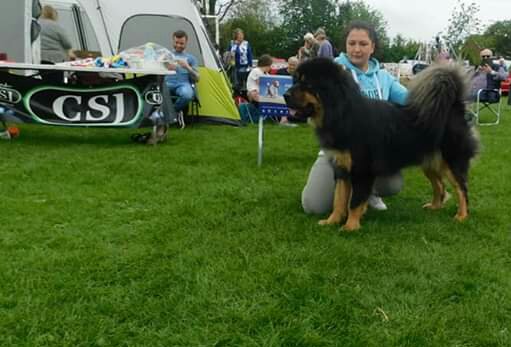 We were proud to present CSJ Products as prizes. 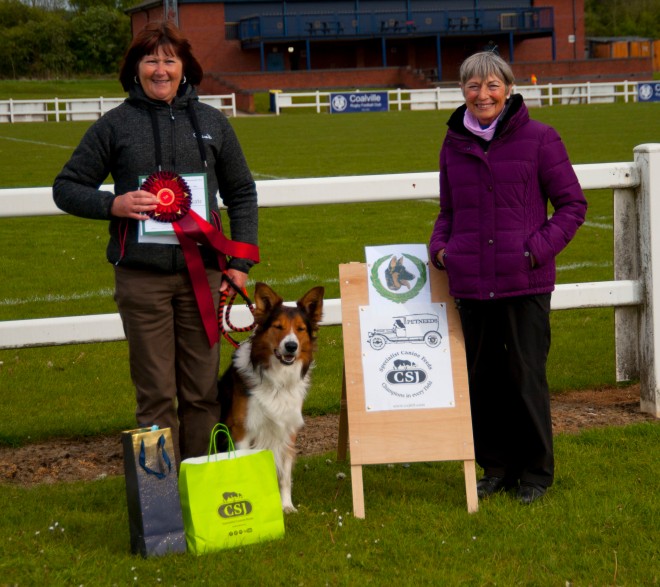 This was a round of pure class, teamwork at its best. Helen & Diva complimented each other beautifully. Deadly accurate and Obedience at its best, Its was a pleasure to judge and a privilege to award them their Ticket to Crufts 2020.

Dot & Zyco just smashed the course to pieces. A team that oozes quality in all exercises. A fabulous exhitition of Obedience and after a heart stopping scent it gave me great pleasure to award Dot & Zyco their first CC of the season. Gained reserve CC at Rugby the day before under Mr Alan Gresty.  Congratulations.

Thank you for sponsorship

Rob Bunning has a dog Drake, who runs extremely well in scurries all over England at game fairs, Here are a few pictures from a recent Northern shooting show, where they won the challenge over the weekend as well as other scurries.

“We’re in our 3rd year now and Drake seems keener than ever. He is 3 1/2 and I got him at 17 months, he wouldn’t do anything then… We run in the BASC scurry league, where we ended 2nd in first year and top last year by nearly double the points of second place . 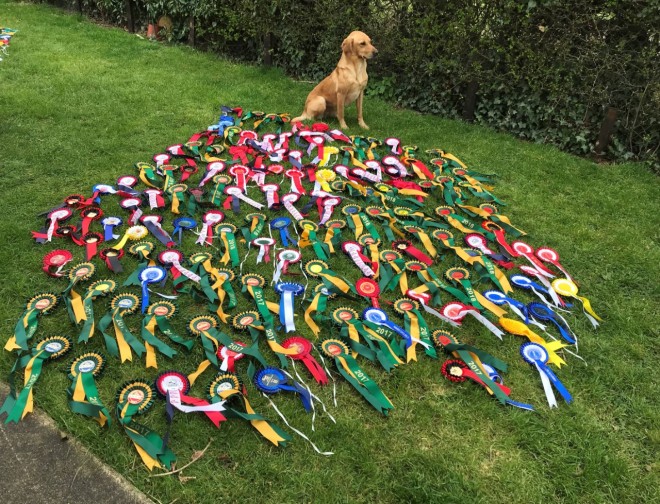 We also ran in the Countryman’s Chudleys World Gundog Series , and any other competitions we can get in. I have 4 dogs and all compete in working tests etc and  I hope to trial a young dog who’s also coming on well. Most weekends we are out all over the country at game fairs and shows , my daughter also competes… 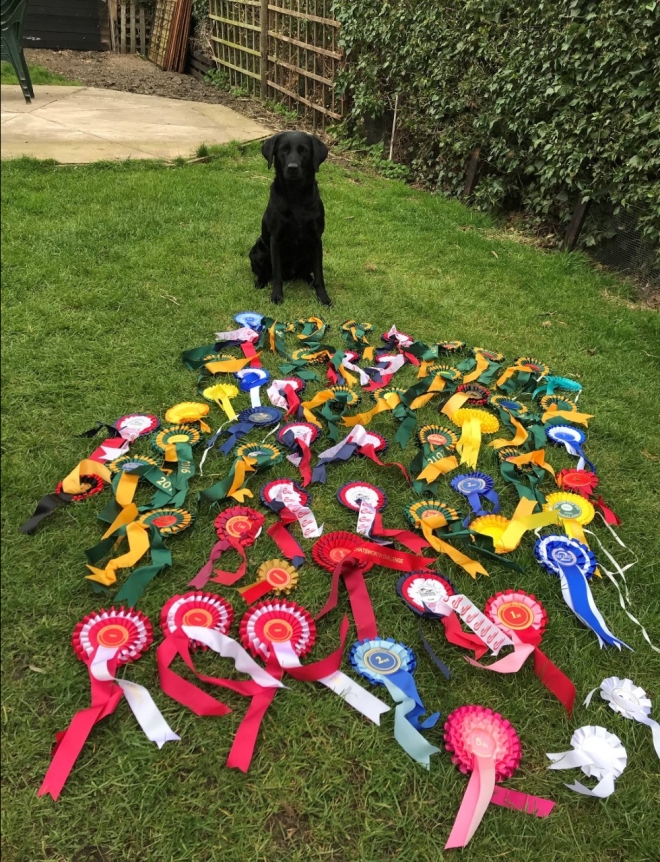 I get asked all the time what I feed my dogs. I go all around the country competing in working tests and with Drake scurrying. I use CP30 and mix in CP30 for my workers. I also always carry ‘Fruit ‘n’ Mutt bars to boost the dogs through the day and small amounts of Kronch”. 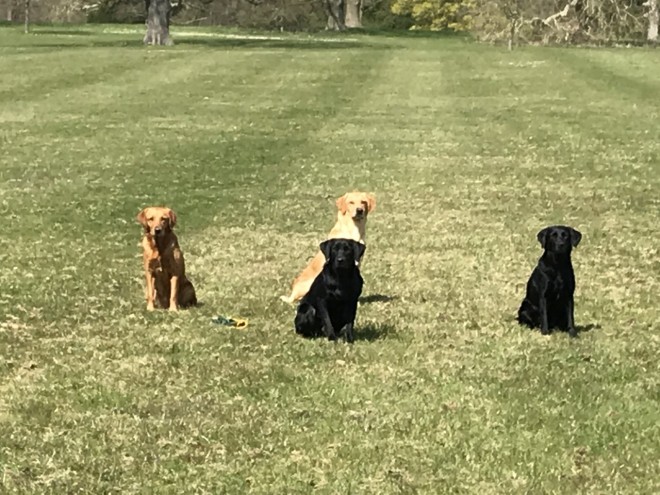 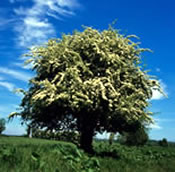 Maybe summer is here now, although I remember an olde English saying ”Ne’er cast a clout till May be out”… in other words don’t get rid of your winter clothes just yet. Anyway, after a glorious Easter, May so far has been a bit of a downer for me in more that just a weather related way.

Last October I picked up a muscle injury in my hip area (I told people I’d broken my bum as that’s what it felt like!) Apparently I’d damaged a deep muscle which wasn’t easy to stretch or repair so I just had to be patient and do the exercises. It meant I couldn’t run or do anything too strenuous for about five months.

Easter came and I’m fixed, exercising again and gradually getting back into training with Moog. Then we had a change of plan and decided Moog needed some proper dog training… I just pretend to be a dog trainer, Karen’s the dog trainer. I’m the people tamer!

Karen’s first run with Moog was at Shrewsbury earlier this month and they did well. I ran Karen’s well trained dog Rhyme and had a 1st place, a 2nd and a 5th which I was pleased about. So there we are, Rhyme and I both fit and running well again – some would say “ye olde magic is still there”.

Then without warning last week I picked up a back injury (ye olde-re occurring back pain). Fortunately it isn’t serious and everything was put back into place by the Physio. However I’ve had to miss another weekend of competition while it recovers.

I’ll be working on my fitness when I get the all clear and plan to enjoy the rest of season competing with Rhyme and supporting Karen with young Moog, Chic and Pikachu.

One of the many good points about dog ownership is even when you’re not feeling 100% dogs still want to be you and will enjoy anything we do with them. Whether it’s out for a walk, a run, agility or other work they are always keen to join in.

Have a great May and remember no casting of clouts yet…

PS – apparently the saying is also related to the Hawthorn being in flower too.

Well this year was the first time the Retriever World Cup has come to Wales.

The outstanding picturesque estate at Glan Usk was the venue overlooking some of the most outstanding landscape in Wales.

Nigel Probert, the course designer had done a fantastic job with very challenging long retrieves on Llangynidr moor on the first day. He used the full location of the estate and river Usk for the technical retrieves on the second day. What an excellent job.

At the gala dinner on Saturday night, teams from all over Europe were entertained in the land of song by the Bois Goitre Wen Male voice choir. That was an event in itself.

Now onto the event

The ever consistent Scotland, winners for the second time in succession. England came a very close second and Denmark in third.

Wales trailed this year in 9th place, a big disappointment but things just didn’t go well for the home team. At the end of the first day Welsh dogs were prominent with Vickie Stanley leading the field closely followed by Alan Rees and Hayden Willmott. Mike Jones found things a little difficult for his young dog.

The second day followed much the same pattern with failures for Mike, Hayden and Vickie but on a course like this there were numerous bunkers to be overcome.

Hopefully we all have learnt from the experience and will benefit from it in future events.

A big thank you from the team, we all appreciated the support from numerous gundog people that had turned out to support us as well as some of the best dogs and handlers in the world.

On behalf of the team I would like to thank Ceri, Phil and all at CSJ for their continued support. 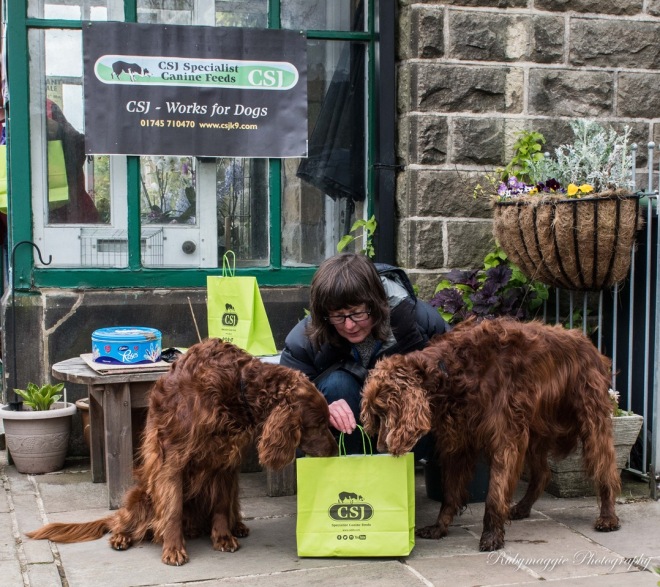 Thank you very much for your very generous donations for our fund raising afternoon on Sunday 5th May, in aid of Irish Setter Rescue & Rehome .

So far we have raised £1100.00 with more promised. Every one appreciated the goody bags. The oldest walker was a 9 year old rescue Gundog  & very much appreciated his bottle of Salmon Oil ( he will have to share it with his rescue Irish Setter Companion) . 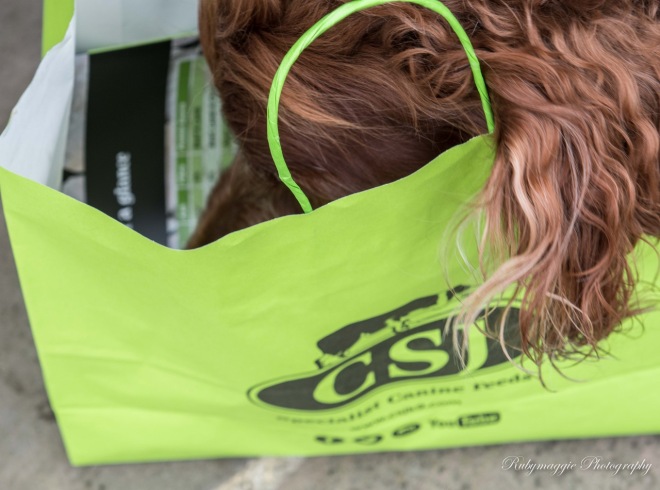 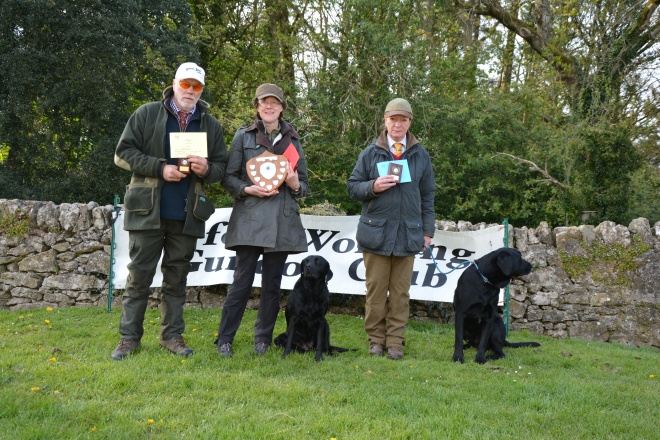 There were over 60 dogs entered with classes for Puppies, Novice and Open and we would like to thank our judges Mr David Field, Mr Mike Allen, Mrs Suzanne Bailye and Mr Wesley Travis for giving up their time and for dealing with the large number of entries in good time.

We would like to thank our hosts for allowing us to use the wonderful ground which allowed us to use a variety of different terrain including water, woodland and grassland to test the dogs. Thanks to the helpers without whom no tests could be held. Thanks for the continued support of our sponsors CSJ Specialist Canine Feeds and Gary McCarthy of Gundog Gear.

We would also like to thank Victoria Stanley for presenting us with a new trophy for the best scoring dog on the day.

The Arfon Working Gundog Club held their Open AV Spaniel (exluding cocker spaniel) Stake on the 22 November 2018 at a new venue for them The Vaenol Estate, Nr Bangor, Gwynedd. by kind permission of Mr M & Mr K Jones. Trials have been held in the past at Vaenol but not for many years.

In his book The Working Springer Spaniel,Keith Erlandson states ” that a Spaniel trial was held at Vaenol Estate in 1871 but not under Kennel Club Rules at the Kennel Club was not formed until 1873. The first official Spaniel Trial under Kennel Club rules was not held until the late 1890’s”

Steward of the beat was the keeper Clive Jones

The trial started out on the Tower Drive named after a stone tower at the far end of the drive where you can enjoy view along the Menai Straights onto Anglesey. The area consisted of mature trees with ground cover of brambles which tested the dogs for hunting ability and most dogs had flushes and retrieves. We then moved onto another drive where the cover was mostly rhododendrons and then brambles again in mature woodland the trial was completed in this area, and our hosts generously provided some liquid refreshments for all at the end.

We would like to thank our hosts, the judges,guns, helpers and the competitors for making this such a successful day. Thanks also to our sponsors CSJ Specialist Canine Feeds and Gary McCarthy of Gundog Gear for their continued support.